Divan Stroebel is a registered hydrogeologist and professional geoscientist with more than 15 years of industry experience.  He obtained his B.Sc. (Geology) degree in 2005 and his B.Sc. Honours (Geology) degree in 2006 from Stellenbosch University. From 2007, he worked throughout Africa as an exploration geologist in base metal, iron ore and gold exploration. In 2009 he joined a hydrogeological consultancy and completed additional groundwater modules at the Institute for Groundwater Studies (IGS), University of Free State. He was employed by mining giant, Rio Tinto in 2010 in Guinea as a Geologist, after which he was the Superintendent Geologist at Goldfields’ Kloof mine from 2012. He joined AEON at the Nelson Mandela University (NMU) in 2014 as Associate Research Manager for the Karoo Shale Gas Research Programme- focussed on Karoo hydrogeology.

Divan is very active in the hydrogeological community and has attended, presented at and co-organised numerous water-research workshops and conferences. In June 2016, he was appointed as a visiting researcher at Queen’s University, Belfast. In China (2017), he successfully completed an international training programme on the Sustainable Development of Water Resources in Arid Regions for Developing Countries.

He is nearing completion of his PhD (Geosciences) with his research focussing on the creation of a Groundwater Hydrochemistry and Aquifer Connectivity Baseline of the Eastern Cape Karoo.  In anticipation of the controversial hydraulic fracturing planned for the Eastern Cape, he has obtained unique experience in the determination of salinity, aquifer yields and groundwater levels of the Karoo’s scarce groundwater resources and has published an article in a special publication by the Geological Society of London on fractured aquifers on the topic. https://sp.lyellcollection.org/content/479/1/129

Divan is the founder and owner of DHS Groundwater Consulting Services and leads the team as principal hydrogeologist, overseeing all projects from inception to completion.

Louis is a SACNASP registered geohydrologist with 20 years of experience in geohydrological investigations. He started his career in 2000 at Geo Hydro Technologies in Bloemfontein where he obtained extensive field experience associated with rural water supply programs and environmental management reports for the mining sector. Thereafter, he moved to Pretoria to join Geo Pollution Technologies (GPT) where he mainly focused on contaminated land investigations. During the 5-year period with GPT, his international experience was gained during an eight-month secondment to Germany and the United Kingdom.

Louis also spent a short period with Digby Wells and Associates in Johannesburg where he gained some valuable mining experience. He then joined the former Africon in 2005 and became an associate in the water sector in 2007. Africon formed part of an international merger in 2009 to form Aurecon. Just before the merger, Africon was ranked amongst the world’s top 200 international design firms and was South Africa’s largest engineering company. Louis’ main focus was groundwater potential assessments and exploration programs where he acted as project leader for various water supply programmes. He was also involved in numerous specialist groundwater investigations for Environmental Impact Assessments and Water Use License Applications for the agricultural, industrial, mining & power generating industries.

After 13 years of service at Aurecon, Louis started acting as an independent geohydrological consultant for various private and corporate institutions. Louis has been working with DHS Groundwater Consulting Services as a Lead Hydrogeologist since 2020. 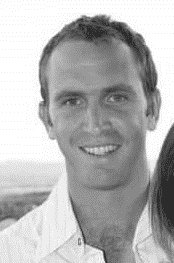 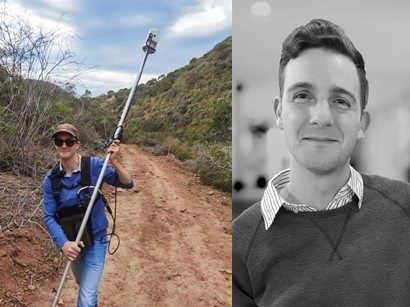 Keegan Jeppesen is a qualified geologist and hydrogeologist. He obtained his B.Sc. (Environmental Science) degree in 2014 and his B.Sc. Honours (Geology) degree in 2015 from Nelson Mandela Metropolitan University. From 2016 to 2021, Keegan undertook and completed his MSc Hydrogeology at Africa Earth Observatory Network (AEON), a research institute housed within Nelson Mandela University.

While conducing his MSc research, Keegan was an integral member of the AEON Groundwater research division. He spent two years gathering, interpreting, scrutinising and organising groundwater data gathered through an extensive sampling programme undertaken in the Eastern Cape Karoo Basin and significantly contributed to the creation of a database in the form of hydrochemistry, aquifer yields and groundwater levels. Through this process, Keegan gained invaluable experience in groundwater sampling, groundwater data management and interpretation, and data visualisation using GIS software.

Keegan has been an employee with DHS since its inception and has taken on many roles. Drill rig supervision, EC profiling and well construction account for the onsite duties whilst offsite roles include desktop studies for groundwater potential, report writing and siting of boreholes using a multitude of geophysical techniques, combined with a deep understanding of the local geology.

Keegan provides integral assistance with the day-to-day running of one of the DHS’s large-scale drilling campaigns within the Gamtoos Basin, spanning three towns and two drilling companies, each with multiple drilling rigs.

Walter de Klerk obtained his B.Sc. Geology and Geography degree in 2015 and his B.Sc. Geology Honours degree in April 2016 from Nelson Mandela Metropolitan University. Whilst pursuing his degrees, Walter was awarded induction into the Golden Key International Academic Honour Society for academic excellence.

He joined African Earth Observatory Network – Earth Stewardship Science Research Institute (AEON-ESSRI) based at the Nelson Mandela University (NMU) in 2016. During this time Walter was a part of the Karoo Shale Gas Research Programme conducting groundwater baseline studies of the Eastern Cape Karoo basin. Walter is pursuing his postgraduate studies with a master’s thesis in geochemistry of which results were presented at the 11th International Kimberlite Conference in Botswana, Gaborone.

Walter further completed a training course on geochemical mapping and environmental geochemical investigations for developing countries, in China on behalf of the Department of Agriculture, Forestry and Fishery (DAFF). In addition, Walter has also

Walter is applying his expertise in the field as a Senior hydrogeologist for the DHS consulting team. 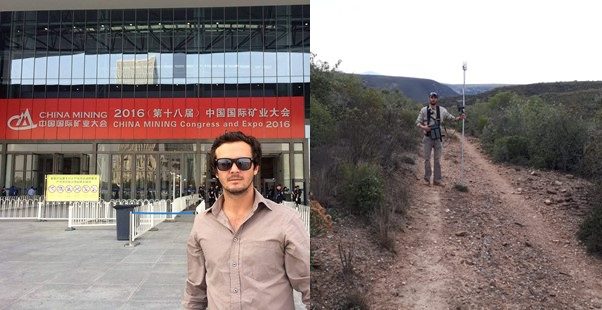 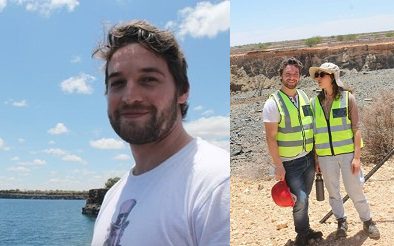 Jacques Blignault obtained his B.Sc. (Geology) in 2019 and B.Sc. Honours (Geology) in 2020 from Stellenbosch University, Western Cape. Within the Stellenbosch University framework, his Honours course focussed on physical geology, whereas his thesis covered the geochemical characteristics and classification, as well as hydrothermal alteration of the Riviera granite in the Piketberg area, Western Cape.

Hydrogeology was one of his select choice of courses throughout his honours degree as he is passionate about the need for management of South Africa’s scarce water resources and improving sustainability.

Jacques is continuing to gain experience in the field of hydrogeology in his position as a junior hydrogeologist for DHS Groundwater Consulting.

Ruben Verwey obtained his B.Sc degree (Geosciences) from Nelson Mandela University in 2019. Ruben gained experience in groundwater targeting, remediation, monitoring and various geophysical methods during his employment with a leading environmental management and consulting company in South Africa from 2017.

Ruben joined the DHS Groundwater Consulting team in 2021 as a junior hydrogeologist and assists with groundwater targeting, drilling supervision, groundwater testing and monitoring.

Walter is applying his expertise in the field as a Senior hydrogeologist for the DHS consulting team.